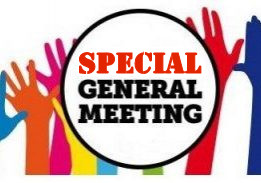 A Special General Meeting has been called for 23 February following the morning service to elect a delegate and to seek approval for a motion to have the ACT included in the title of the LCA NSW District. This motion would be in line with similar motions to relating to LCA Australia & New Zealand and the Victoria/Tasmania District.

Please prayerfully consider whether you could be our delegate at the forthcoming NSW Synod and in due course the LCA Australia/New Zealand General Synod. I’m sure Thea would be happy to chat with you about her experience as a delegate. Pastor Paul will also be attending the synod, so transport arrangements could be coordinated. Nominations should be advised to our Secretary, Heidi Bernardo.