The Lord watches over all who love him.

History of the Lutheran Church 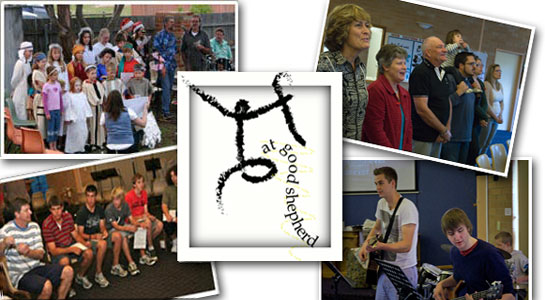 In late 1981, Woden Lutheran Church, under the leadership of Pastor Malcolm Bartsch, planted a Sunday school in the growing Tuggeranong Valley, based at the Village Creek Preschool. This led to the formation of a church community and on 20 June 1982, the first church service was held at Wanniassa High School with 32 people, averaging 17 attendees for the first month.

After Pastor Malcolm, Pastor Fred Veerhuis came to Woden and took his first service at Tuggeranong on 18 September 1983. Pastor Fred's enthusiasm for Tuggeranong led to it becoming an official congregation on 11 December 1983. He organised financial support for the congregation through a group he created called 'Friends of Tuggeranong', where people supported the church financially for a number of years.

Pastor Steen Olsen, our first pastor, was installed on 31 January 1985. A pastor’s house was built and then dedicated on 16 March 1986. The congregation moved to Chisholm Primary School while a worship centre was being designed and built. The worship centre was dedicated and officially opened on 22 April 1990.

On 4 July 1993 Pastor Mike Fulwood was installed as our second pastor. During his call the congregation focused its ministry on families with innovative programs, such as church for kids, Jumbucks, Scripture in schools and a relationship with Richardson Primary School.

On graduation from the Lutheran Seminary, Pastor Jason Sander became our third pastor on 11 February 2007. His time was focused on developing and implementing a fresh vision for the congregation and empowering all people to get involved in leadership and growing disciples of Jesus Christ.

Pastor Greg Fowler was installed as our pastor on 10 March 2012, joining us from Endeavour College in South Australia, where he served as college chaplain for four and a half years. During his time with us, our focus was on following God's calling for us as a congregation, seeking to do his will and being led by the Holy Spirit in all we do. In mid-2015, he accepted a call to Golden Grove in South Australia to continue his ministry there, finishing up with us on Christmas Day 2015.

In May 2016, Pastor Paul Hannola from Lyndoch Lutheran Parish accepted a call to our congregation and was installed on 11 September 2016.

In September 2020 we established an additional worship location at LDK Greenway Views seniors' living centre in Greenway, with weekly worship services for residents and friends.